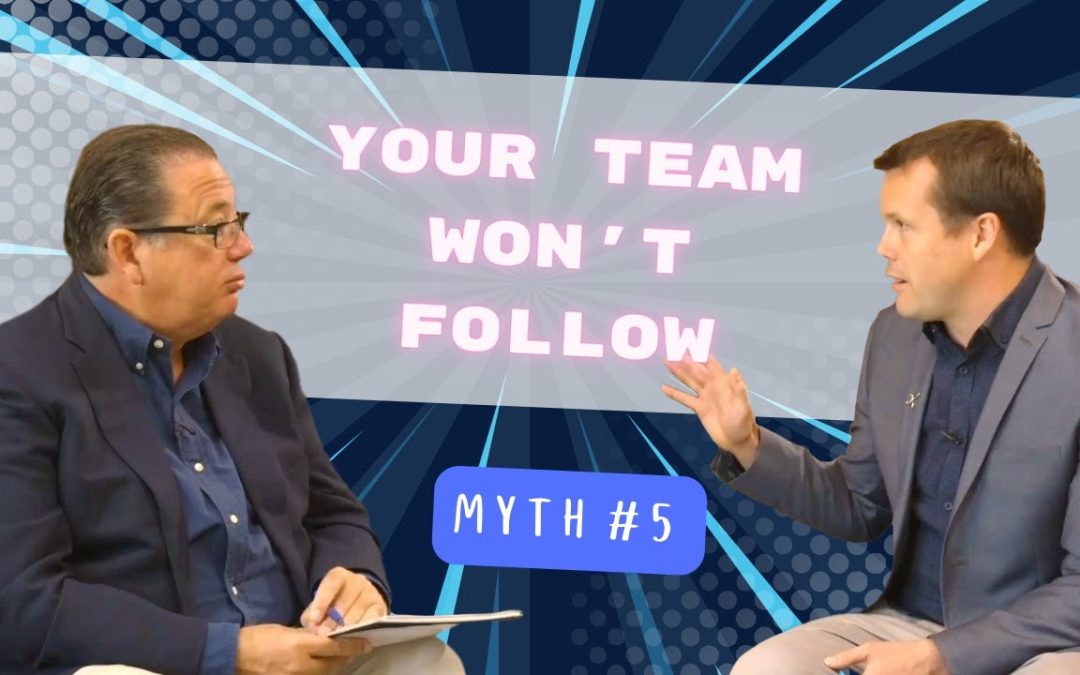 Systems can be challenging to implement when your team members are resistant to change.

They’re used to the way things are done, and they’re not interested in adapting to a new system that might make their lives easier.

You need to respond to the resistance patiently and persistently.

It’s about changing your company culture, and sometimes people who don’t initially support the change can become advocates once they begin to see benefits and results.

As you systemise, team members might start to opt themselves out and leave you room to bring in new team members who are on board with the culture and a systemised business.

In this video, David Jenyns explains how you can change your company culture to adapt to systemisation.

0:06 – the team won’t follow the systems.
0:30 – The biggest challenges you’ll have are with your existing staff.
0:59 – Changing the culture within the organisation.
1:15 – Example of a team member who is resistant to change.
2:16 – Sometimes team members aren’t the right fit.
2:49 – As you systemise, team members will start to self-select them out.
3:21 – Grab your copy of SYSTEMology today.

Myth number five, the team won’t follow systems. And I think we’ve all kind of experienced that where you can set up a system, and no one does it. Whatever system we have is going to be the same. Why waste your time? No one’s going to freaking do it.

It’s pretty common, particularly with established businesses. Oftentimes, the biggest challenges that you’ll have when introducing systems and processes to a business is with your existing staff, because they’ve always done something a certain way, so why do they need to change? And that’s where the resistance is.

But for new team members, when they come on board, if you’ve got a good framework in place, if you’ve got systems and processes, then that’s all they know, that’s just the way that you do things here. It’s really about changing the culture within the organization. And sometimes those that are most resistant actually can become your biggest champions inside the business once they start to see the benefits and the results.

I did some work with another company that comes to mind. This guy, Trevor. He was quite resistant to implementing systems, but the business owner wanted to install it, and the business owner had me working with Trevor. And he’s like, “why do we need to change? Why do I need to capture this?”, and Mike’s just like, “Just do this, trust me, just follow through the process.” And we started working together over three months.

We captured the critical parts of his job, which was to do with managing Facebook advertising. And then once we got those systems down, he was able to start plugging in team members underneath him and share his how-to documents with those team members. He was able to dramatically decrease the amount of time he would have to put into a team member to get them up to standard and speed and deliver a certain result.

As soon as he started to taste that, he became a system advocate and a champion. I see that quite often. You have to persist, and sometimes you’ll find team members that aren’t the right fit. There are team members that will create a black box around them that don’t want things systemised or to have light shed on what they’re doing because that’s created job security for them.

Those team members, as you go through the SYSTEMology process will actually start to self-select them out and that’s a good thing. And then you bring in new team members who are on board with the culture and a system-size business.

It runs in a very different way from a non-systemised business. It’s much more smooth, less chaotic. Everybody knows what everybody’s working on and when things are due. I mean, problems always happen and they will happen in every business, but you just operate at a different level from a systemized business.