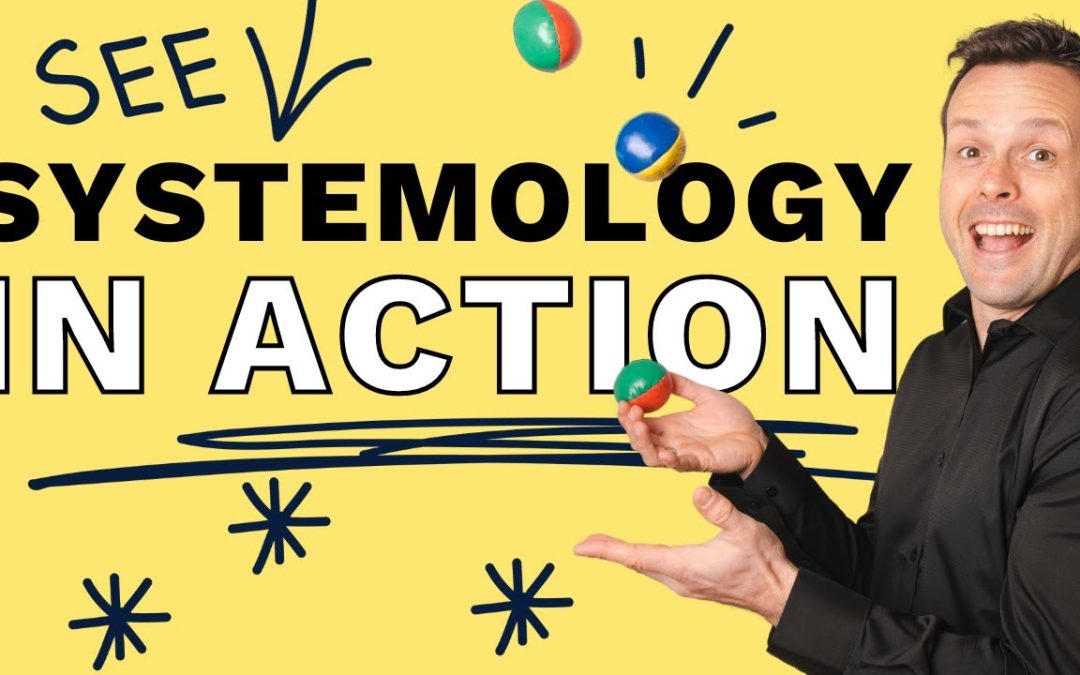 As an entrepreneur, you’re probably used to being the go-to person for everything.

But if you want to grow your business and free up time for other things, you’ll need to systemise.

You might be wondering – how can you possibly do that when you’re already stretched so thin?

Here’s how you can get started:

In this video, David Jenyns talks about a client who started systemising his business with a systems champion, and how you can too.

0:06 The Plan: Where do I start?
0:26 Dave Porter, the owner of PorterVac
0:57 “I don’t have to be the guy who is driving this.”
1:09 Identify a systems champion
1:28 Identify the critical client flow
1:32 Build a systems assigned sheet
1:46 Your systems champion is your second person.
2:18 The systemisation process at PorterVac
3:21 Changing your mindset

The most commonly asked question we get is, “where do I start?”, “Out of the infinite number of things we could be documenting, what are the handful of ones that are going to have the biggest impact?”

Dave Porter owns a company called Portervac down in Victoria. And he tried to systemise his business a couple of times before, but he didn’t quite get the traction that he wanted and then ended up coming across systemology. They’re like a gutter cleaning company, so they do commercial and residential and the business for him, it’s been actually growing really quite good over a good number of years.

He’s quite busy, as all business owners are, and he’s got a leadership team. And when he read SYSTEMology, one of the things that stood out to him was, “I don’t have to be the guy who is driving this”, because previously, when he tried to do it, he was the one who was trying to sit down and get the systems just right.

So, they identified the systems champion, which just so happened to be a guy called Kayne who worked in the office. He got Kayne to go through SYSTEMology, do some of the training, get his head around it, and they just went through the process that you’re about to go through. They started off by identifying the critical client flow and realized that he didn’t need hundreds of systems.

Kayne then worked on building what we call the systems assign sheet. This is just “what is the plan, what is it that we’re actually going to capture in these systems?” He realized it was a two person job.

Now, Kayne worked in the office. He wasn’t on the tools. He didn’t go out cleaning the roof gutters or anything like that. He was just an apprentice who didn’t quite want to get onto the tools. So they put him in the office, and he was just getting started.

He was a little bit curious about how the business worked and what it is that they did and wanted to be involved maybe a bit more on a business level. He got trained up and realized, “Hey, I can be the second person. I don’t have to be the knowledgeable person. I just need to know how to ask good questions and how I can record things getting done”.

He started making a bunch of videos. They even put a GoPro on him and he went out in the field with one of their leads guys and filmed for the whole day saying hello to clients, setting up the equipment on the truck, packing down safety checks, all that sort of stuff, and he just recorded it on his GoPro for the day.

There’s a range of different videos. Some it was issuing out a job, they had a jobs management system that would go through to the different trades people and they’d know where they had to show up and at what time.

He used zoom and loom to record those videos, and then he did GoPro when he was on the field. He ended up working through those videos, getting them documented, watching them and pulling out the key steps, keeping it simple. The spreadsheet started to expand beyond the critical client flow, thinking of all the different systems in the different departments and chipping his way through it.

Dave said that for him, the biggest win was actually when he changed his mindset. So, he had said that he used to get really frustrated when the trucks would come back because they were not filled up, they were dirty.

He had a little checklist clipboard that was meant to have a print out so things could be written on it. It was always empty. And it kept on being a repeated issue for him. His normal default response would be to yell at the person who ever returned the truck and say, “come on, next time, get it right, what’s wrong with you?”

For him, that was when he thought, “I’ve got this now.” He had his big breakthrough, which was, “let’s not think about it in terms of who did the wrong thing and I need to wrap them over the knuckles, but rather how do I fix this at a systems level?”

Because half his team didn’t even know that they needed to run through 15 point checklist. It was in Dave’s head what they should be doing, but no one else had visibility on that. All the new people were starting and they didn’t know any better, they just thought someone else did it.

So he got that ‘aha!’ moment, went to work on the system and then that really was a big moment for him to say, “this is how we do things here in now.”